I thought the start of the year was supposed to be a gentle slope, building slowly and calmly to the middle … you know what I mean. 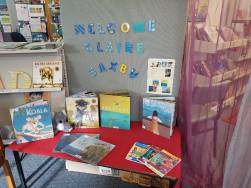 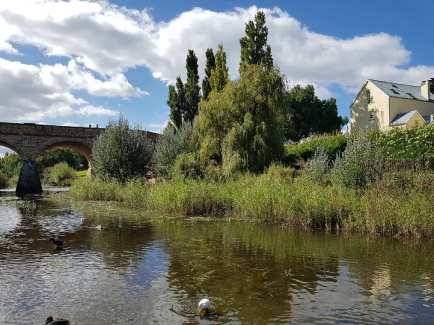 Bird to Bird, illustrated by Wayne Harris (Black Dog Books) was released on 1 March and there were a few early sightings even before that. After a glitch with colours late last year, it is so beautiful, some pages almost glow with light. I’ve taken it to schools and workshops focus on poetry, history, sustainablility and how to create images when there are so few words.

Bird to Bird was followed hotly by Dingo, also racing ahead of the official 1 April release date. Dingo is illustrated by Tannya Harricks, published by Walker Books Australia. The artwork is painterly and brings to life the light of the alpine forest.

First festival of the year was at Tucker Road Primary School, always a well organised day with enthusiastic students and teachers.

I had a week in Tasmania, talking to homeschoolers, school groups, history groups, and the Tasmanian Quilting Guild. A whirlwind week that started and ended with a ferry trip across Bass Strait. Fortunately neither crossing was too wild, though I was glad of stair rails.

And if that hasn’t been enough of a start to the year, Koala (ill Julie Vivas pub Walker Books Australia) is a CBCA Eve Pownall shortlisted book for 2018. That means a sticker! Love a sticker. It is very excitng to be shortlisted in these most influential Australian book awards. Hopefully, it means Koala travels further and meets more readers.

Friend and colleague, Sue Whiting has been in Melbourne sharing her wonderful new mid-grade novel, Missing – a gripping mystery set in Aus and Panama. We called into Dymocks in Melbourne city and signed lots of copies of our books (thanks Emma). We may also have had a chat or two or three.

Back to the writing. Several projects need tweaking, reworking, extending, shortening, sharpening until they sing. Also hoping for some empty time into which new ideas can ferment.