Two kookaburras sitting in an old gum tree …
We think it was an almost-grown child and a parent. They were certainly having an animated conversation.

These leaves were huge, the longest probably 50 cm or more.

This was the view just behind our hotel room. Almost poetic in its apparent perfection.

Then there was an island in a lake, with only the barest of hints of the industrial origins behind.

Down a dusty road, over a rumble-clang bridge, a waterfall

And a photo bomber to spoil the view! 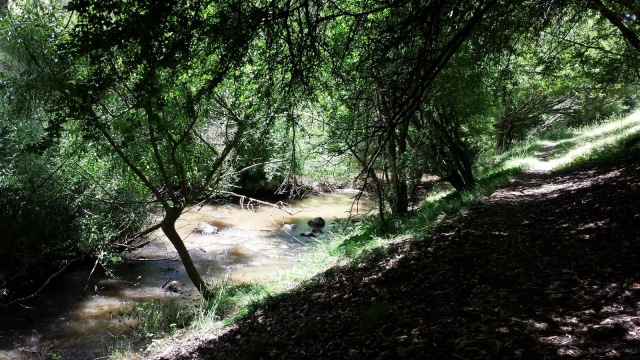 The only sounds were the crinkling creek and the gently rattling leaves. And the occasional cow reminding us we were in their place.

A bridge, a bridge from here to there … wherever here might be …

Man faces off with cow, armed only with tufted grass.

Cow faces off with man, armed only with a previously-planted cow pat. Cow 1: Man 0. 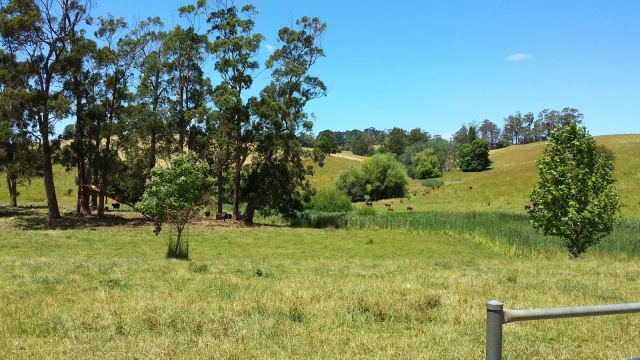 Did I mention how glorious the day?

We were in timber country, and many early buildings remain, if not in use. 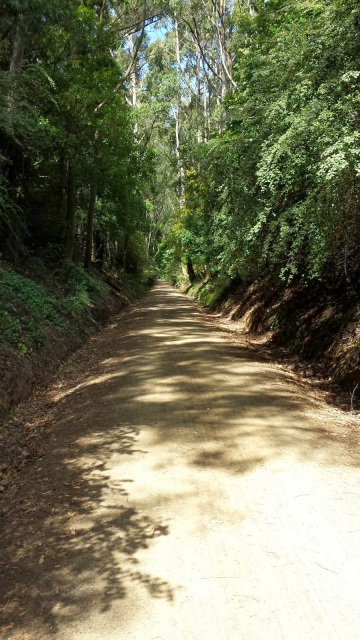 Where once was railway track,

is now a path for bikes and feet.